As basic functionality goes, Fin probably doesn’t appear too radically different from currently available ‘finger vibrators’, but the company has a number of unique things going for it.

Dame Products, founded by Alexandra Fine and Janet Lieberman, designed the Fin to be worn between the fingers and to sit in a number of different positions on the hand, either strapped on or untethered.

Each end provides a different kind of sensation: “firm and direct” at one end, and “flat and squishy” at the other, according to the campaign page. It has three different speeds and a detachable tether for those moments where gravity or centrifugal force might result in the thing flying across the room.

Fin uses medical grade silicon that makes it easier for you to bend your fingers, a task which other finger vibrators usually can’t achieve.

Dame Products was looking to raise $50,000 on Kickstarter but has already doubled that in just a few days. The lowest available pledge to get your hands on a Fin is currently $60; it had previously been $50 and $55 but they’ve now sold out. You’ll only have to wait until next month for delivery too, which is a crowdfunding rarity. 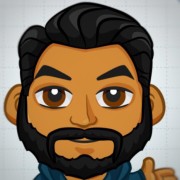 Butros K
I’m Butros and I’m interested in how technology is shaping us. I’m based in London and you can get in touch with me on Twitter at ButrosButrosK.

Hundreds of millions of personal details stolen in FriendFinder hack